It is our wish that we work together to combine talents and energies to create a situation for humanity to begin to raise its collective vibration to the next level.
Synergy 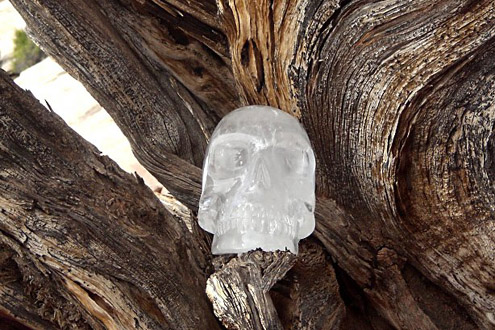 What does Synergy look like?
Synergy and science
Synergism: 1 + 1 = 3
Where does Synergy come from?
George
Synergy’s message

Synergy is a clear crystal skull the size of an adult human skull more or less. It weighs about 15 pounds (about 7 kilos). As is the case with a lot of crystals, Synergy’s quartz crystal is subject to changes. Over time this has lead to small rainbows and clouds appearing in the skull, and many shapes and structures are now visible within Synergy.

It is hard to precisely date carved and polished crystal, but Synergy is estimated to be 25,000 years old. 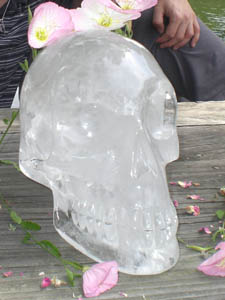 Several scientists have done research on Synergy. They have concluded that it is impossible to carve a crystal of this size into this shape with modern techniques.

They also stated that the frequency of this skull spreads out for miles, which is unusual.

All in all Synergy is a very special and mystical phenomenon, which to many remains inexplicable. National Geographic has done several articles and televisions programmes on crystal skulls.

Scientists and spiritual-minded people, both show special interest in this crystal skull. Just one more way in which Synergy unites two different worlds. 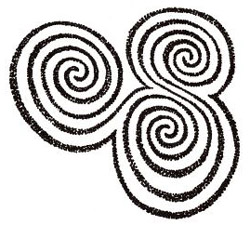 Synergy is more than a name. It represents the quality of the skull. The word synergy means that the working together of people will produce an overall better result than if all parties would have worked individually. The combined effect is greater than the sum of the separate effects. In other words: 1 + 1 = 3, or even more.

Synergy stimulates and amplifies positive human interaction, lifting people up. Making them rise above themselves in order to achieve a common goal. The ultimate form of cooperation.

Where does Synergy come from?

Synergy is an ancient crystal skull that originated in Lemuria, a legendary continent located somewhere in the triangle formed by New Zealand, Easter Island and Hawaii. When this continent was lost, Synergy found its way to an island in Micronesia. There it stayed for a long time, until people took Synergy in a reed canoe across the Pacific Ocean to Hawaii. 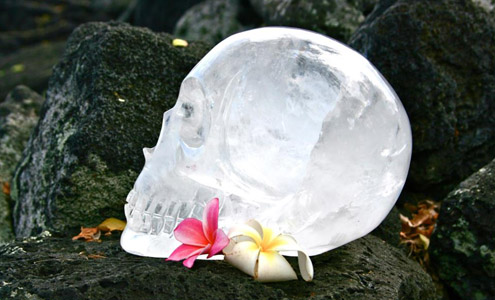 Synergy stayed in Hawaii for 7 generations, after which it was once again put in a canoe and brought to Peru. When the Spanish conquerors defeated the native population of Peru, Synergy ended up with “the people of the sky, the warriors of the clouds”. This was the Chachapoya tribe from the north of Peru, who survived the battles against the Spanish. Synergy would remain with this tribe for a very long time. 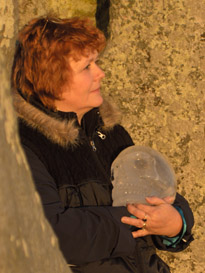 Synergy was brought to the Western world by a kind man named George. He was travelling in Peru in the 1980’s. On a hiking trip through the jungle he arrived at a village and stayed the night at the shaman’s house. At an unexpected moment the shaman gave him a crystal skull as a present. The shaman told him that he would know whom to give it to. Without quite understanding the skull or this message, George brought it back home. He saw the skull as his lucky charm.

In the 1990’s George met Sherry Whitfield at a crystal fair in the US and he felt that the skull wanted to go to Sherry. He put the skull in her hands and told her that he believed she had to take it.

Sherry didn’t entirely trust this: “Why would someone give away an expensive, irreplaceable work of art without wanting anything in return?” She decided to sleep on it, but in the end she accepted this special gift.

Sherry discovered that the skull had special powers and that it communicated with her. Synergy wanted to share and spread its message to the world. But for that it needed the help of this American woman.

Ever since Sherry has taken Synergy on many trips. People all over the world are being given the opportunity to meet Synergy to help them in their spiritual quest and development. The message of Synergy and Sherry is one of love and compassion.

Synergy says: “It is our wish that we work together to combine talents and energies to create a situation for humanity to begin to raise its collective vibration to the next level.” 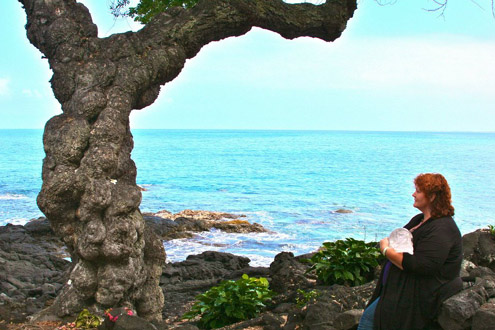